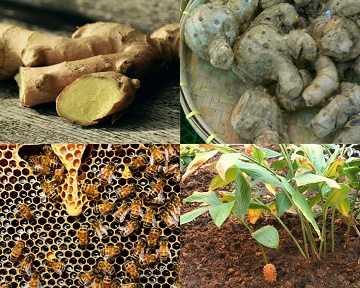 Herbs For Broilers on 3800 Chicks Population

Herbal ingredients are currently being researched to replace growth promoter antibiotics (AGP). Because the official rules were only applied in January 2018 yesterday. Especially at my place.

In Europe, the ban on the use of AGP has been enforced for a long time. Namely since 2006. 12 years later, then we did it.

AGP is given in a mixed form in the feed. Before it was banned.

Hence, the yield from factory feed is always better than self-mixed feed. Although of the same material and quality.

Because of that, in the packaging, factory feed is given AGP while the homemade feed is not.

This antibiotic is not only for treating diseases caused by bacterial infections.

In low doses, this antibiotic aims to eliminate harmful bacteria present in the digestive tract of broilers.

With the loss of harmful bacteria every time the chicken eats, it is hoped that the performance and growth of broiler chickens will be better.

But it turns out that giving growth promoter antibiotics has a bad impact. Not only broilers but also humans (breeders).

This is because it turns out that the continuous entry of antibiotics makes some bacteria resistant to antibiotics.

It means that they are resistant when these bacteria attack humans or livestock, then the antibiotics are not effective to overcome them. Then, the dose must be increased.

This can also be the reason why people get sick easily now. And heals longer. Even if it’s just a normal cough.

The impact on humans and families is even more important.

This is a disease that can be caused by the bacteria above.

That is the danger of diseases that can be caused by the bacteria above.
The number of broiler chickens is so massive, the bacteria from the farm can spread rapidly to settlements.

I don’t know whether the factory has completely stopped using AGP or not. Need to check in the laboratory.

This alternative solution to AGP has actually been around for a long time. For example, the use of probiotics and herbs for broilers.

But it is more practical and effective to use AGP.

Herbs for broilers such as turmeric, ginger, galangal, Green chiretta, Bitter ginger, and other herbs are still in the research stage to be truly effective.

Although research has succeeded in making the weight of broilers higher, on a large scale it may still be a little inconvenient.

Herbs for broilers to increase ADG

What is important, the weight of broiler chickens is higher. Whether it’s carcass weight, offal, fat, or fur.

Who knows. What is visible is the weight of the broiler.

The point is that the efficiency of livestock is higher. And, I think there are two.

That is, the amount of feed equals the higher final weight. Or the weight according to the standard but lower feed consumption.

For that, there is nothing wrong if we first know what the ideal body weight of broilers is according to their age.

These are the herbs for broilers that can be used to increase weight.

From research, there are indeed many that provide positive results. But in practice, later it will need to be recalculated against the additional cost to buy the herbs.

The problem is, herbal products such as ginger, turmeric, and their friends are not cheap. Moreover, the types are difficult and in short supply, such as bitter ginger.

Of the three ingredients, bitter ginger seems a little difficult to find. As long as honey, the cost is the most expensive.

The ingredients are washed thoroughly. Then shredded or ground until smooth. After that make one.

Then boil for 15 minutes (counted after the water boils) with water. The ratio is 1 part of herbal medicine: 10 parts of water.

For example, the herbal ingredients collect 1 scoop, so the water is 10 scoops.

After boiling, then strain. The waste is not used. Only water is used.

Herbs were started to be given to broiler chickens at the age of 16 days until harvest.

The amount is as much as 10% of drinking water. If you want to add honey, the amount is 2% of the total number of herbs. [1]

An example of the calculation can be seen in the image below.

The picture above is just an example. If it turns out that the amount of drinking water is different, it can be calculated by yourself in the same way.

The results obtained from the research with the herbal medicine above are as follows:

Such was the result. That is the average number of processed data.

If you only use herbal medicine, the difference in average final weight will not be too much. Only about 10 grams.

If you add honey, the difference will be quite good. Can be up to 150 grams.

With thousands of chickens, the difference can be up to quintals. But also a lot of honey is spent.

The steps for making and administering this herb are the same as above. It’s just that, bitter ginger is replaced with Green chiretta.

However, the results were a little different. In fact, the procedure for feeding, herbal medicine, vaccines, etc. is the same.

The live weight of broiler chickens is lower than the first herbal medicine. The details can be seen in the table below.

Herbs for broilers with just turmeric

Research on turmeric is very effective in maintaining the growth performance of broilers to meet the standards.

Even though it is used as a single herb, the results are not inferior to the herbal combination above.

The results of a research study, giving turmeric to broilers gave the following production results.

The weight of the chicken above is the weight of 3 weeks of age. However, because the research was conducted in 2017, the feed used maybe still using AGP.

How to give turmeric to broiler chickens is as follows.

There are other studies that I think are quite convincing.

Because the number of broilers used is 3800 chickens.

Giving turmeric flour is the same, namely through drinking water. Given in the morning and evening since the chicken is 15 days old.

But the amount or dose of turmeric is different.

The amount of turmeric is not included or mixed into the feed, but the drinking water.

So, we must also calculate the daily feed requirements for broilers. Then calculate how much turmeric flour to put in the drink.

When compared with chickens that are not given turmeric at all, the difference can be seen in the table below.

Actually, there are many tips for herbs for broilers that can be used.

But if there is something simpler and easier to implement, why should it be complicated. After all, the results are not much different.

After all, these herbal ingredients are not the determinant of the success of broiler chickens.

Many other factors should not be ignored. Such as cages, vaccinations, feed quality, and cage cleanliness.

If there is a product, the ingredients should be made from natural ingredients. Like the herbs above for example.

We can use turmeric, as in the example above. Or make from several herbal ingredients at once.

Actually, it is even better, if herbs are combined with probiotics.

I support the creation of healthy and broiler chicken farms.

It should be noted that AGP is not a key factor.

There are still other factors that can affect the success of raising broiler chickens.

I think it will be here first. Hopefully, these tips for weight gain herbs for broiler chickens are useful.

[1] Saputra, Adi Bagus. 2017. The Effect of Giving a Combination of Herbs of Bitter ginger, Ginger, Curcuma, and Honey on the Productivity of Broiler Chickens. Faculty of Veterinary Medicine, Bogor Agricultural University. 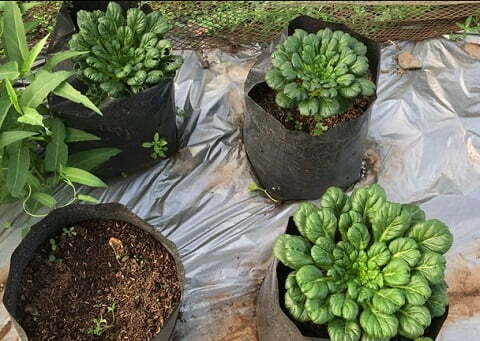 Growing Tatsoi in Containers From Seeds 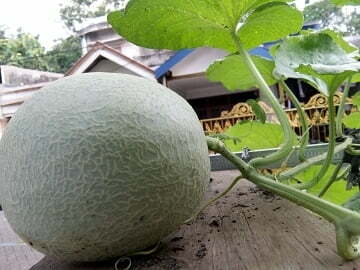