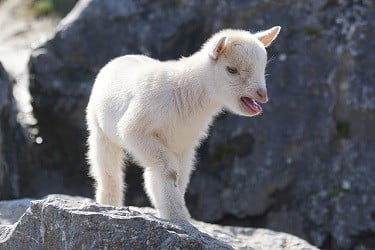 Mating the Doe to Get Female Kid

Wanna get the goat female kid?

Birth of the kid is a very desirable thing in raising goats.

If the goat fedlot, which is expected to increase the body weight fast.

As for the dairy goat, the hope is high milk production.

For dairy goat farms, the expected birth of the kid is certainly the female. Female kid is a dream for all dairy goat breeders.

Especially if the mother is a superior milk producer, we certainly expect that his son will be the next generation.

Based on my experience, naturally goats produce 60-65% of male kid. As dairy goat breeders, this reality is less profitable.

Especially for breeders who are doing breeding program of goat seeds. I also tried various theories from some literature as well as advice from fellow breeders.

From a series of experiments that I did, there was one treatment that was effective enough to change the ratio of male and female kid to 20:80 for the female kid.

Mate the goats in the final third of the lust. Usually goats lust began the morning, then mated goats at the time of the evening.

Before mating, spray the doe’s vagina with a solution of vinegar (which to cook) with a mixture of 2 tablespoons of vinegar mixed with 200ml  water (aquadest).

Use the aid of the speculum tool to (sorry) open the doe’s vagina. So that the vinegar solution that we spray can enter until the front of the cervical hole.

The point is to be sure that the atmosphere in front of the cervical pits has acidic condition.

The acidic pH is preferably the X chromosome as the female genital carrier.

Conversely, Y-chromosome as male sex carrier can not stand the acidic atmosphere. By this trick,  you will have ore probability to get more female kids than males. Prove it! 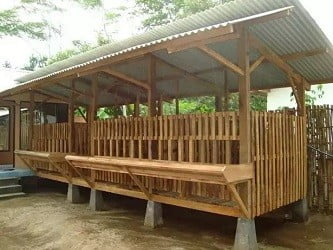