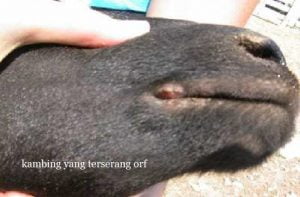 In my previous post, I discussed the diseases that often attack goats and sheep.

There are orpha, anthrax, parasites, bloat, and poisoning. You can see it at this link.

It’s just that, in the previous post there was no specific treatment for these diseases.

In this post, I write specifically about orf disease and its handling, especially in my country, Indonesia.

Orf or ectima cantagiosa is a skin disease that attacks goats and sheep. Goats and sheep are the main animals that are attacked by this orf virus.

Symptoms of Orf in Goats and Sheep

The first symptom of this orf is the appearance of red spots on the skin of goats. Usually, the spots appear at the base of the lips.

These red spots gradually become vesicles. In medical terms, vesicles mean the skin is blistered and filled with fluid.

These fluidized blisters of goat or sheepskin become pustules. These pustules are skin blisters but they are filled with pus.

When it reaches this stage it will usually become crust and stiff, making it difficult for goats or sheep to eat.

If the disease spreads, this area of ​​the crust can become larger.

The parts of the goat’s body that are often attacked are the mouth and face, stomach, legs, testicles, udders, nipples, and vulva.

Favorite animals that are attacked by orf are goats and sheep.

Although it does not rule out animals such as deer, camels and dogs can be attacked by this orf. The severity of the infection can be small to fatal.

The severity of this orf virus attack is between 2.2 – 100%. So, there is a high chance that the goat or sheep will still be cured.

Goats or sheep that are infected and then recover, then the goats and sheep will become immune to this virus.

But this immunity is not permanent. The length of time for the immunity of sheep and goats is about 1 year after recovery.

Moreover, this immunity is not passed on to their children.

For example, a goat or ewe heals from the orf, and then she gets pregnant and has kids.

These lambs inherit only a small part of the mother’s immunity. If there was an orf attack that was heavy enough, it was likely to still be caught.

Orf disease can be transmitted from sick goats/sheep to other goats/sheep through direct or indirect contact.

Indirectly, the disease is contracted due to contact between healthy goats/sheep and materials/equipment or an environment contaminated with the orf virus.

The way the orf disease virus enters the body of the goat/sheep is through small wounds such as scratches that occur on the skin due to sharp grass/thorns or wounds caused by other things.

Orf disease is caused due to infection by a virus. So treatment has little effect.

An effective measure is prevention by vaccinating healthy goats/sheep.

Goats and sheep infected with orf can be given antibiotics to prevent secondary infection.

Goats and sheep are also given a multivitamin to maintain body condition.

The part of the skin that is infected can be given a softening ointment to help the goat/sheep’s mouth not hurt too much at mealtime.

Local ointments that can be used are iodine tinctures, for example, Betadine.

Goats/sheep that are attacked by orf disease need to be given soft feed so that the goat/sheep can eat well and sufficiently so that their condition does not deteriorate.

Thus, his immune system will be better at resisting disease attacks.

Until now, the control and eradication of infectious diseases orf are regulated according to the guidelines of the Directorate of Animal Health (1986). The show has been a long time, huh …

The summary of ways to control and eradicate the disease is as follows:

1. In areas that are still free from orf disease, disease rejection, and strict quarantine measures are carried out.

Culling of sick animals and sick suspects is carried out if the infected livestock are still in small numbers and their distribution is still limited.

Then the vaccination and sanitation ring was carried out.

If the disease has spread, then the action is taken as in the infected area.

2. In infected areas, disease prevention is carried out utilizing sanitary cages and a maintenance environment, preventing grazing of healthy animals together with sick animals or in places where the infected animals have been.

Goats/sheep purchased for rearing must be free from orf diseases.

3. Disease control in infected areas is carried out through regular vaccinations. Sick animals are strictly isolated and separated from other animals and treated according to the instructions of an authorized veterinarian.

Other animals and people who are not animal keepers are prohibited from entering the enclosure.

Sick animals who recover or suspect sick without showing clinical symptoms within 14 days, can be released again.

Stables used for sick animals and items that have been touched by sick animals or the suspect must be treated or burned.

Carcasses of sick animals must be burned or buried at least two meters deep.

Areas that include villages, sub-districts, municipalities/regencies, or provinces must be closed from the traffic of animals and materials originating from goats and sheep.

5. Especially for breeding farms located in areas free of orf disease, the farm must be free from orf disease.

If a farm becomes infected, it is closed and the license for selling its seeds is temporarily revoked until the disease is gone.

If the farm is located in an infected area, vaccinate the animals regularly.

6. The disease is considered to have disappeared from a farm or area after 14 days have passed since the last sick animal died or healed.

The infection and disappearance of orf disease must be declared by an authorized veterinarian.

7. Animals suffering from orf disease are not allowed to be slaughtered because they can be transmitted to humans. 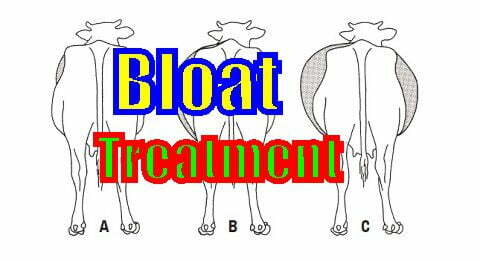 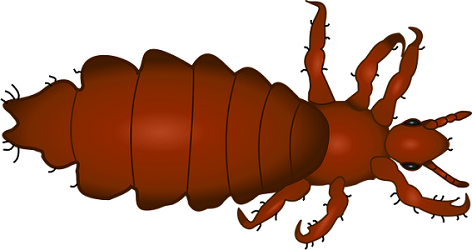 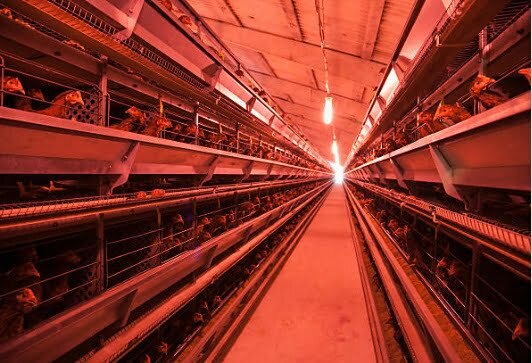 Lights For Laying Hens | What Colour did The Best egg Production?