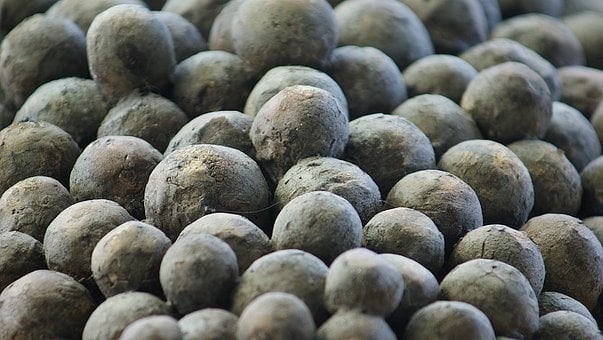 Slow Release Fertilizer – What Plants Should Use This Fertilizer?

Before deciding to use slow release fertilizer

Slow release fertilizer is important to understand how it works first. I think this is necessary, before we really want to use it.

There are several considerations that must be taken so that this slow-release fertilizer is truly effective.

Because even though in theory slow release fertilizer is more efficient and economical, apparently it cannot be applied haphazardly. There are suitable and unsuitable plants.

Therefore, the following considerations should be taken:

The economic value of plants must be much higher than the price of fertilizer. The price of this slow release fertilizer seems expensive.

With a high price, at least the sale value of the commodities produced by the harvest can provide a considerable profit. That is, the use of slow release fertilizers does not cut profits that should be greater.

This needs to be calculated first, because the price during the main harvest is usually at the lowest level. Apart from that, we need existing comparison data. Because if you research yourself, it will take a long time.

Horticultural crops have different production ranges or harvest times. In addition, the priorities in commodity trading are also differentiated.

Then, there are vegetables that are included in the priority commodity. For example, red chili, onion, and potatoes.

Under priority classes are superior commodity vegetables, such as tomatoes, long beans, beans and cabbage.

Vegetables have a shorter harvest range. Especially, leafy vegetables such as kale, spinach, and mustard greens – which only takes less than 30 days to harvest.

Fruit vegetables such as chili, long beans, eggplants and tomatoes have a longer productive age. But, when it starts to bear fruit, the harvest distance is quite close.

Unlike the annual plants such as durian, apples, mangoes, rambutan, and guava. The productive age is very long and the harvest is usually seasonal. About once a year.

Therefore, what plants should use slow release fertilizer?

Considerations might be slightly different for ornamental plants and lawns. Hobbies, usually do not really consider the costs incurred.

So, the use of slow release fertilizers for ornamental plants is very possible. Because we don’t need plants that absorb nutrients quickly.

Because the most important thing is, plants can get nutrients and can live on our private garden.

In addition to ornamental plants and lawn, slow release fertilizers are suitable for use on long-lived plantation crops and seasonal harvests.

Even though chili and tomatoes have a long productive age, in my opinion, it is not right to use slow release fertilizer. We will discuss it later.

Slow release fertilizer is fertilizer that releases nutrients slowly. Because these nutrients are wrapped or covered with certain materials.

This wrapping material can be zeolite, humic acid, wax, silica minerals and there are still a few other binders.

Of course, this is not discussed in ordinary blogs like this. Because this coating process requires skills that involve advanced physics and chemistry techniques.

We have seen a lot of fast release fertilizers and often use them.

On average, fast release fertilizers are hygroscopic and have a high level of solubility. If exposed to water it will immediately disappear and dissolve.

In fact, for hygroscopic fertilizers, poor storage can make it runny. An example is urea.

The solubility of fast release fertilizers is considered less efficient in fertilizing. Because the nutrients will be easily washed away by water. Especially during the rainy season.

Because it is easy to be washed away, eventually some nutrients will run away and flow along the flow of water downstream. Not yet taken by the plant, but the nutrients have been lost.

In this case, nutrition can get to the river and finally to the sea. It could also be mineral minerals moved to another land where there are no productive plants.

Some say this as land pollution. It’s been decades, but it turns out to be just fine.

Unlike the slow release fertilizer. It does not break easily or dissolve with water. Thus, nutrients will only release slowly.

It is said that this fertilizer can release nutrients according to plant needs. How can fertilizer know the needs of plants? Will the roots of the plants gather at the place where the fertilizer is laid, then wrap them around when the roots need nutrients?

I don’t think of it that way. Slow release fertilizer seems to have measurable nutrient release.

For example, when a plant needs 4 kg of nitrogen every 6 months. Then, slow release fertilizer can only release as much as 3 kg, how?

This is the name of limiting plants to their nutrient needs.

Therefore, plants that need fast nutrients are not suitable for slow release fertilizer.

The point is, that slow release fertilizer reduces the risk of nutrients being wasted with water flow. Related to the amount of crop productivity, it depends on how much fertilizer can release nutrients to meet the needs of the crop at that time.

However, if this slow release fertilizer product has already flown the market, it must have been tested for this. That is, we as consumers are ready to pay dearly for its quality.

In other words, slow release fertilizer is able to control the amount of nutrient release with a qualified amount to meet the needs of plants.

However, fast release fertilizer is easily washed away and washed away by water flow. Even for urea, administration by sowing can lose its nitrogen. Because nitrogen will evaporate in the form of NH3 gas.

This means the same, the potential for plants to be nutrient deficient is high. In fact, perhaps the nutritional deficit is far greater.

Examples of controlling these nutrients, we can see in the hydroponic planting system.

Hydroponic fertilizers use fast release fertilizers. However, these nutrients are collected and isolated in nutrient reservoirs. Thus, nutrients will not run anywhere except only to the hydroponic module, plants and back to the reservoir.

Hydroponic plants are welcome to take and absorb as many nutrients as they can. Depending on the weather, sunlight, humidity, and temperature of nutrient solutions and dissolved oxygen.

If the concentration of hydroponic nutrition is limited, plants can still grow, but the growth is less than optimal.

For example, plants that should have been given 1200 ppm nutrition, but only 500 ppm.

Approximately like that, if the ability of slow release fertilizer can not compensate for the needs of the crop at that time.

So, what are the benefits of slow release fertilizer?

2. More profitable. If labor and maintenance savings are greater than the additional price for slow release fertilizer, but crop productivity must remain ok.

If for the shortcomings, yes only the price is more expensive.

The use of slow release fertilizer is intended for plants with high economic value. As I have discussed above.

The easiest examples are plantation crops such as oil palm, coffee, durian, and mango.

We will see data that has been researched for the use of this.

Please see the data below. [1]

Slow release fertilizer used is as many as 3 stems per tree. I will explain a few things so that there is no misinformation.

Farmers are fertilizing which is usually done by local farmers. Namely, 200 grams of urea/tree, 200 grams of SP36/tree and 200 KCL/tree. Fertilization is done 2 times a year, namely at the beginning and the end of the rainy season.

Slow release fertilizer is made from several nutrients. Then compacted with wax and made a stick with a weight of 200 grams per stick.

The concentration of nutrients from the slow release fertilizer can be seen in the following table:

The total nutrients per stick is only 129.5 grams. The rest may be binder so that the weight per stick can be up to 200 grams.

With the same results, the total fertilizer (NPK) per tree can be up to 1.2 kg. Compare with slow release with the amount of only 3 sticks (600 grams). This has not been reduced by binder material.

From oil palm which has a long age and harvest time, we go to the corn plant. Where the harvest time is much shorter compared to oil palm.

This means that corn needs nutrients more quickly and nutrient availability must also be sufficient.

The types of plants that are harvesting fast, the bigger, the more nutrient needed and more available in large quantities.

Will corn be good with the use of slow release fertilizer?

Let’s look at the data. Incidentally, there are two data with similar results.

This slow release fertilizer is made (self-produced). One uses chitosan coating [2] and one uses zeolite and humic acid. [3]

But, can this success also be felt by corn? Let’s see. 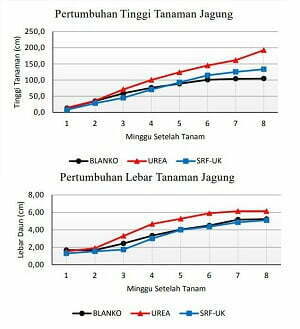 The red color chart is growth with urea and blue is with chitosan slow release fertilizer.

We go to the other data, let’s see.

Please see for yourself and permeated the data. My explanation at the beginning of this article may already explain.

Actually, there is another data for rice plants. [4] But, because the results are not different between slow release fertilizer and regular fertilizer, so I can write only a little.

That is if the results are not much different, why not just take the fast release fertilizer. The result is the same and the price of fertilizer is cheaper.

One example of a slow release fertilizer product is decastar.

This variation in concentration turns out to be of several kinds. Starting from the most nitrogen to the least nitrogen.

This decastar fertilizer can last a very long time. Fertilizing distance is claimed to be up to 180 days and 270 days. This information is on the packaging.

I think this is it for slow release fertilizer. Hopefully, this is useful. thanks.

[1] Wigena, G.P., J. Purnomo, E. Tuherkih, and A. Saleh. Effect of Solid Slow Release Compound Fertilizer on Growth and Production of Young Palm Oil on Xanthic Hapludox in Merangin, Jambi. Journal of Land and Climate No. 24/2006.

How to Feed Calcium to Plants