How to increase duck egg production with the feed? There is a way. The point is we have to control the nutritional content or use alternative feeds with higher nutrients.

What kind of feed for ducks to produce a lot? Is there a way for ducks to lay eggs twice a day? Unfortunately, there is nothing like it. Ducks will only lay as many eggs as they can.

Even though we feed double the nutrients, there is no history of ducks laying eggs with 100% productivity. That is, per head per day lays 1 egg.

Peak egg production from ducks is only about 80%. It only lasted a few months. After that, production will gradually decrease until it reaches 30%. Maybe even under it.

The older the age of the duck, the egg production will decrease.

The length of time for ducks to produce eggs is about 12 months. After that, we plan whether to be rejected or molting.

Molting takes about 2 months. With a slight modification of the amount of calcium in the duck’s diet. Likewise, the nutritional content is slightly reduced.

After molting is complete, the ducks will lay eggs again. This is called 2nd-period production.

However, the productivity level is not as high as in the first period.

The best step we can take is to keep the ducks’ performance optimal.

Therefore, feeding ducks to lay as many eggs as they can be a major concern.

Because feed is the main ingredient so that ducks can produce eggs. We can consider several choices of types of rations.

For those who already have a clear market, with regular demand, then using commercial feed is not a problem.

Because sales are more predictable, using commercial feed will ensure the stability of egg production.

However, alternative feeds are always open to anyone. Because all are entitled to get maximum results with lower production costs.

Unless the alternative material is really good and there are a lot of them. Then the usage can be a lot, can be up to about 50%.

Alternative feeds that are good include snails, golden snails, rice field snails, and trash fish. The problem is that not all regions can get these materials at cheap prices.

Trash fish especially. The price will be cheaper if we take it to the coastal area. While snails and golden snails are seasonal. If you don’t cultivate yourself, it is guaranteed that the stock will rise and fall.

After the feed problem is solved, then we can focus on the production efficiency part.

As usual, efficiency is not far from an additive feed. Wish there was a Pareto effect here. Namely adding ingredients in small amounts, but the results can be large.

We will discuss the kinds in more detail later.

I like to give lots of choices. Because for me, it would be very helpful.

For example, with references to various feed compositions, we can have alternatives if for example one of the ingredients is difficult.

Then we can move on to alternative compositions. But the transition must be smooth. Slowly, little by little and gradually.

Ok, we will start from the most basic first. Namely the nutritional content of laying duck rations. This ration is specifically for layer ducks or near production age.

If the ration is from DOD, it will take time. We’ll talk about it another time.

The average nutritional content of laying duck rations is as follows:

The information on the nutritional content above, if there is no example, is mostly useless. Except for those who understand how to calculate the feed formula.

So after this, I will give examples of laying duck feed rations that can be used. The quality is guaranteed to be good, as long as you can get the ingredients.

If there is a mistake about the amount of nutrition, that’s normal. If you want the right one, buy factory feed.

The laying hens that I mentioned above are factory feeds whose protein content is between 16 – 18%.

Feed is given as much as 175-200 grams / head / day. This happened to have been tested and the results were pretty good.

However, don’t conclude this is a good feed before looking at the comparison data.

For the example ration above, the crude protein is only 15.1%. But for local ducks, the results are extraordinary.

When compared to local farmer rearing systems, egg production for 9 months can be almost 4 times higher.[2] With the highest egg production of 85% in the 5th month of laying eggs.

However, the above ration may be difficult for the sago pulp. If you want to imitate, ela sago pulp is replaced with cassava pulp.

Meanwhile, seaweed can be replaced with other ingredients with equivalent nutrition.

Please look at the table of the nutritional content of feed ingredients.

Gold snail meat that has been grounded, 3.4%.

The amount of gold snail meat is only a little. But in fact, feed like this also works.

As the results of a study on duck farming groups in Cirebon.[3]

The ration above is indeed quite low in crude protein, but high in energy.

Note: aking rice is leftover from cooked rice, usually it has become stale. Instead of throwing it away, the leftover rice is dried and stored. Before being given to the duck, this aking rice is boiled first to soften the texture.

The protein content of this feed is very high.

The nutritional content of the ration is as follows:[5]

How to increase duck egg production with additives?

That is by adding feed additives to the rations that are commonly used.

Examples of these feed additives are probiotics and several types of vitamins. Whether it’s vitamin C or vitamin E. There are also those who add feed additives in the form of chromium (Cr) mineral.

In addition, feed additives can be a combination of two types of additives. For example, probiotics + vitamins are still added.

The role of this feed additive can vary.

For example, it can increase the absorption of nutrients. The benefit is that laying ducks fed a ration with lower protein can still produce optimally.

Or probiotics can work by increasing the digestive system in absorbing nutrients, so that egg production remains high, even though the ducks are old.

Likewise with the addition of vitamin C for example. Especially for dry cage laying ducks, feed with vitamin C can reduce stress levels.

Because ducks in dry cages have a higher average body temperature, so the possibility of higher stress decreased immunity, decreased ration consumption, and resulted in decreased egg production.

Food for ducks to lay lots of eggs with probiotics

Probiotics can now be easily obtained. The easiest example of a product is effective microorganisms (EM4).

In broiler ducks, the use of probiotics in their feed significantly makes a difference in their growth. The weight is better than ducks that are not given probiotics at all.

After all, the cost of using EM4 is quite cheap, because only 3 ml/head/day is enough.

From a study, giving probiotics as much as 3 ml/head/day, in addition to increasing egg production, stress levels from ducks can also be suppressed.

H/L is a parameter to determine the level of stress experienced by animals. The smaller it is, the lower the stress level of the animal.

This dose can be used for any feed ration. But the results could be better or worse. It depends on the quality of the ration used.

Actually there are several more, namely by giving vitamin C and adding the mineral chromium to the feed.

But it seems that the procedure is more difficult and no better than probiotics. So, so far, that’s all how to increase duck egg production.

Sorry if there are many shortcomings. Thank you and see you later.

[4] Suswoyo, Imam and Rosidi. Egg Production and Feed Conversion of Dry Caged Tegal Ducks Given a Combination of Probiotics and Vitamin C. Proceedings of the National Seminar and Call for Papers “Development of rural resources and sustainable local wisdom VII 17 – 18 2017. # how to increase duck egg production 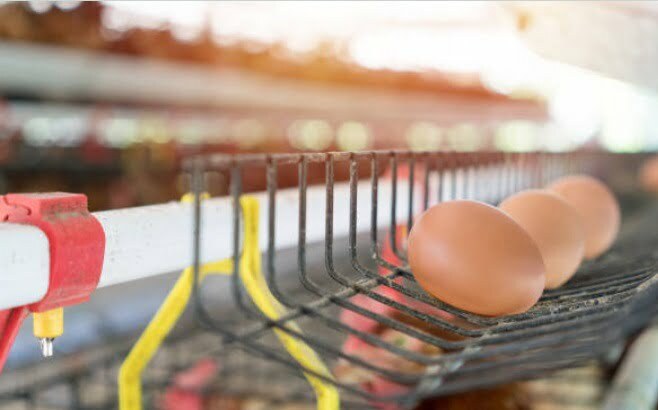 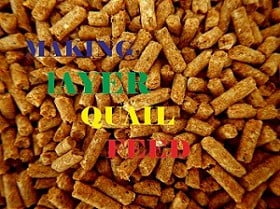